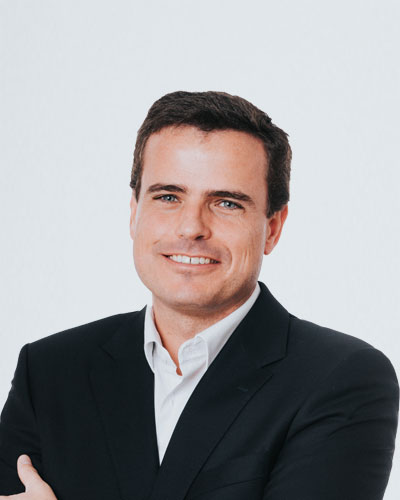 Miguel Alegria joined Engexpor in 2012, having headed the company’s operations in Brazil for five years. In January 2017, he became the CEO of the group.

Before working at Engexpor, he was a member of the projects management board at Parque Expo 98, between 2009 and 2011, coordinating the different works in the areas of real estate, environment, territorial regulations and regional development.

From 2003 to 2007, he performed as director of works at engineering and construction company Teixeira Duarte Engenharia e Construção, heading several construction and rehabilitation projects nationwide.