Designed by the architects Alexandre Burmester and José Carlos Cruz Gonçalves, the Vodafone head office building, accommodates offices, a mega-store, an auditorium and a restaurant, is an endeavor of high-urban impact which stands out for its quality, creativity and singularity. Its contribution to the promotion of Lisbon and, particularly, the of Parque das Nações, is undeniable, projecting a modern, sustainable, and cosmopolitan city.

Its relevance originates not only from its dimension (70,000 sqm approx.) and architectonic significance, but also from the technological challenges and solutions it entails. With an implementation that allows for two distinct sides, one open to the river and another facing the D. João II Avenue, the building is comprised by a single structural body including three volumes: two symmetrical buildings, at the northern and Southern tops, slightly apart for each other and connected at the level of the 7th, 8th and 9th floors by an aerial body – the designated Administration bridge with panoramic offices – and by a wall beam comprising the building’s main facade, facing West.

In the treatment of surfaces, fenestrations and openings, rhomboid volumes were adopted, whose effect may be considered a contemporary reinterpretation of Casa dos Bicos. The building, which has become a reference in the city of Lisbon, seeks to evoke Vodafone’s intrinsic concepts such as innovation and dynamism.

Engexpor managed both the project and its construction, thus reaffirming their sustained and solid dynamism in this part of the city. 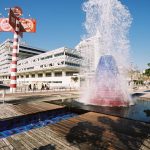 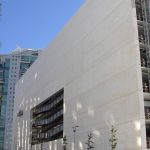 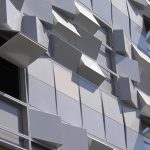 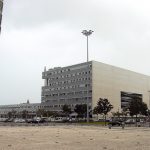 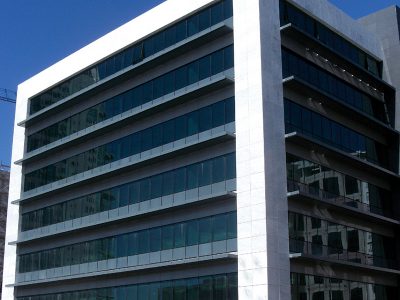 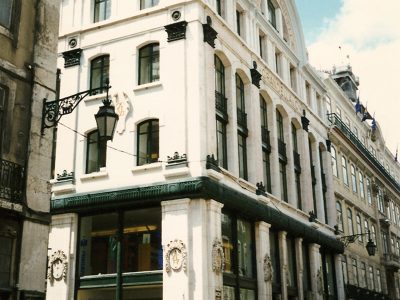 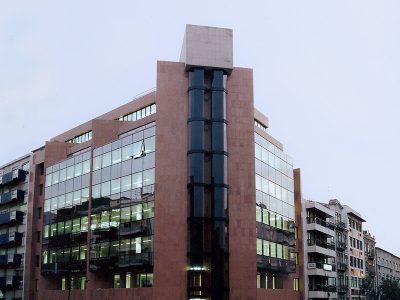