Taking part in the renovation movement that is giving new life to and modernizing the buildings in Lisbon’s historic and central area – especially Avenida da Liberdade, Baixa, Chiado and Graça – comprising buildings of great architectural and artistic value, helps to restore all the luster and splendor of the finest areas of the Portuguese capital.

Those who travel through these areas experience the stunning façades that preserve the original layout and create in its interior contemporary spaces and environments full of charm; they tell us stories and pay homage to their cultural and architectural past. It is in these places, where tradition and modernity coexist, that Engexpor also records its history, marked by the projects that it manages.

Vibrant and cosmopolitan, Chiado is one of Lisbon’s most emblematic districts, and has always been linked to culture and intellectual pursuits. Today it combines traditions and new trends; it is one of the city’s most important commercial and tourist areas and one of the most desirable areas to live.

Next to Chiado, we find the traditional and majestic Baixa Pombalina, which stands out for its monumental buildings and symmetrical streets. The city’s oldest commercial area is surrounded by Lisbon’s oldest and most typical neighborhoods, including Alfama, Castelo and Graça.

Heading north out of the area, one arrives at the luxurious Avenida da Liberdade. Built in the style of the Champs Elysées, it opened a new era of urbanization and expansion in the city and quickly became high society’s preferred address. This aura of exclusivity remains to this day, as can be seen in the 5-star hotels, luxury shops and headquarters of important companies.

The renovation of these areas has given rise to luxury housing developments; situated in historic buildings, they have now restored all their charm and prestige with an aesthetic where elements from the past make the present richer and more enriching. At Engexpor, preserving the authenticity of these buildings means rigor, dedication, and specialization in a vision that goes far beyond engineering and construction know-how. This is precisely what we have done with the group of buildings that we have restored or are restoring in Lisbon’s most traditional neighborhoods.

Discover some of them.

Our Intervention in Numbers

Restoring the history and culture of a Lisbon landmark

A historic building, winner of the Valmor Prize in the year of its inauguration, it was built in the 1940s to house the Diário de Notícias newspaper. It is now being renovated and transformed into a residential building. 266 Liberdade brings to Lisbon’s main and most prestigious avenue 34 luxury apartments, a store on the first floor and a private parking garage with 47 spaces. Its signature property and one of the most exclusive houses for sale in the capital is the 5-bedroom residence on the top floor – a penthouse measuring 408 m², with four en-suites, an exterior terrace measuring 416 m² and an interior terrace. 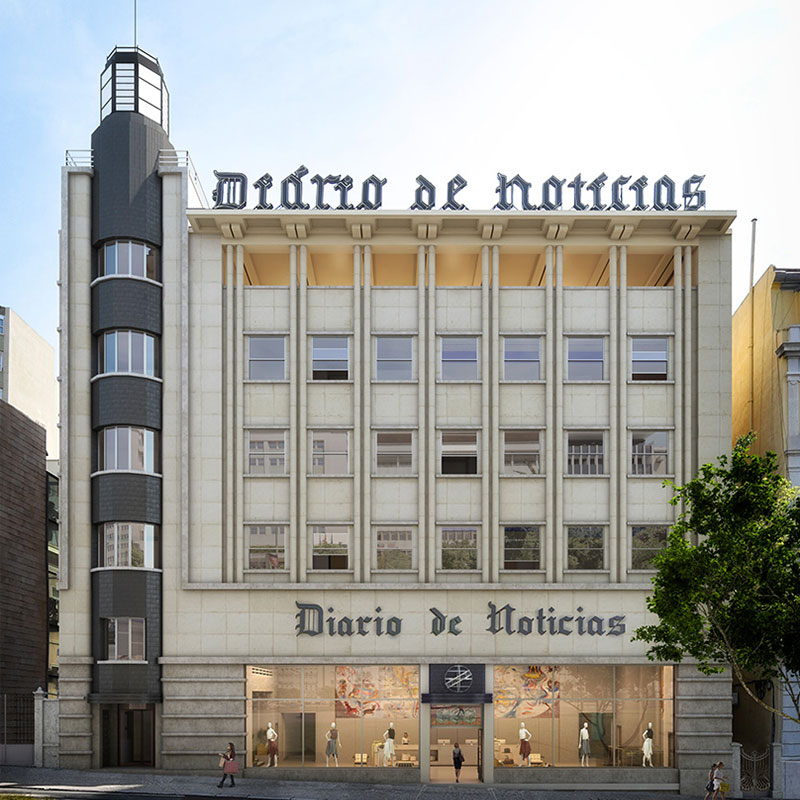 True luxury in the heart of Lisbon

In the Portuguese capital’s most refined location, Avenida Liberdade, this exclusive residential building offers the perfect fusion between the vibrant atmosphere of the city and the quietness of its large and cozy apartments, together with its extensive private gardens. A rare opportunity in the center of Lisbon. 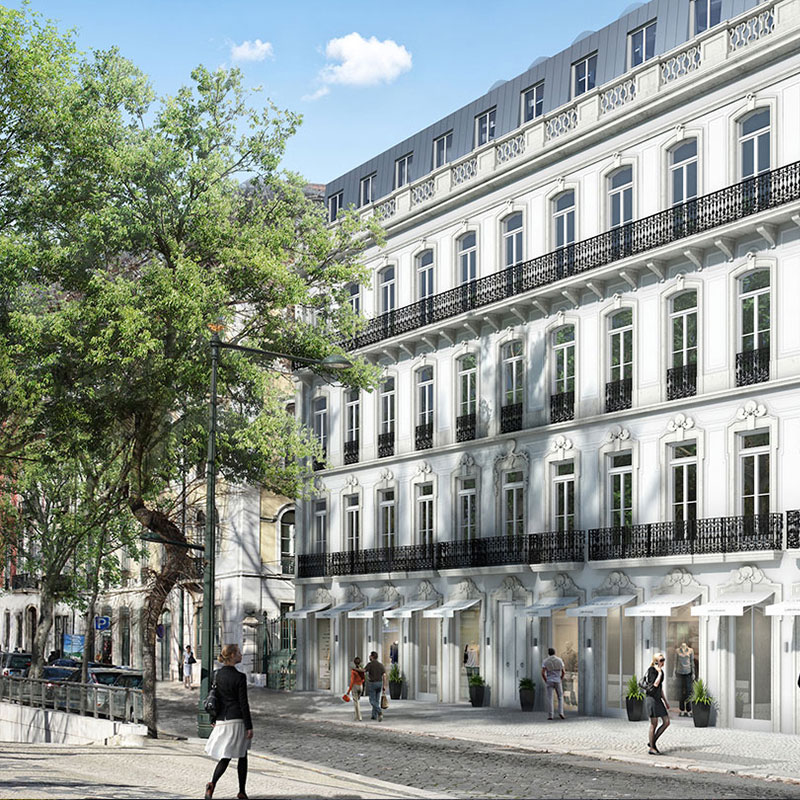 Designed with excellence to preserve the refinement of the past

At the junction of Avenida da Liberdade and Rua Rosa Araújo lay the buildings that gave rise to Liberdade 203, excellent examples of the post-Pombaline style that left its mark on Lisbon’s urban landscape. Equipped with three independent entrances for residents to use, Liberdade 203 employs a harmonious architectural language common to the whole. 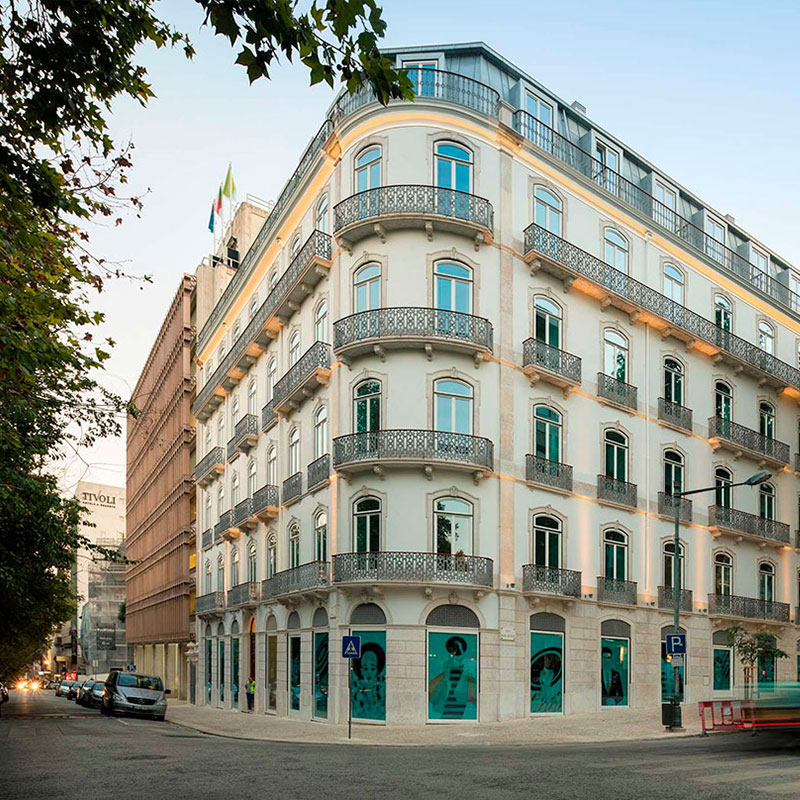 The profound renovation of Liberdade 40, a building from the 80s in the middle of Avenida da Liberdade, gave rise to 16 exclusive apartments in a modern and minimalist style, where contemporary lines and distinctive details stand out. 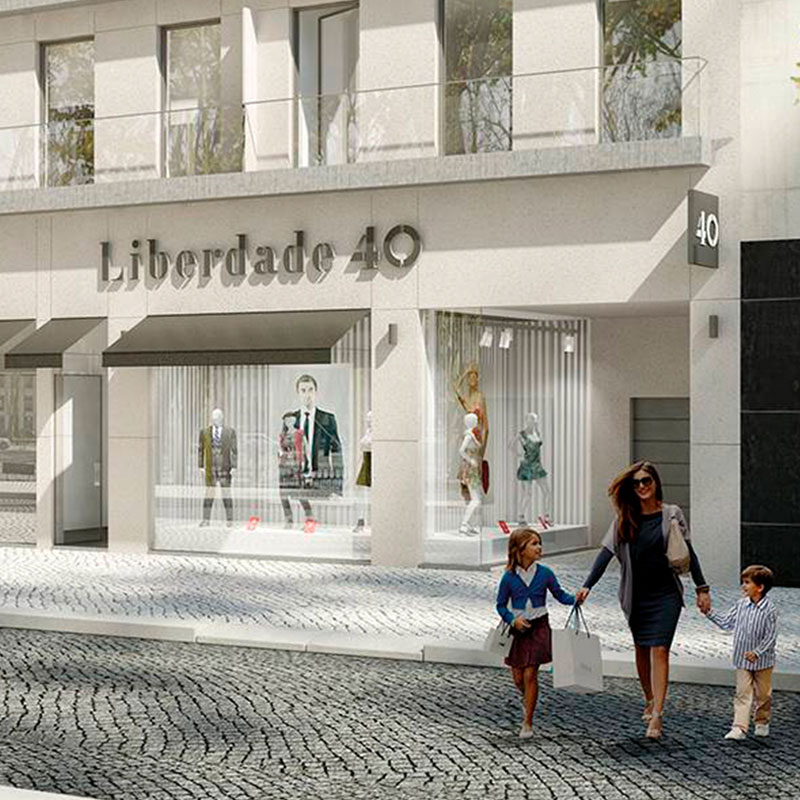 A distinctive address in the luxury housing market

Between two charming hotels and just a few meters from Av. da Liberdade, the Rosa Araújo 12 building promises to become a unique reference in the luxury residence market and one of the most select addresses in Lisbon, due to the planned renovation of the building. 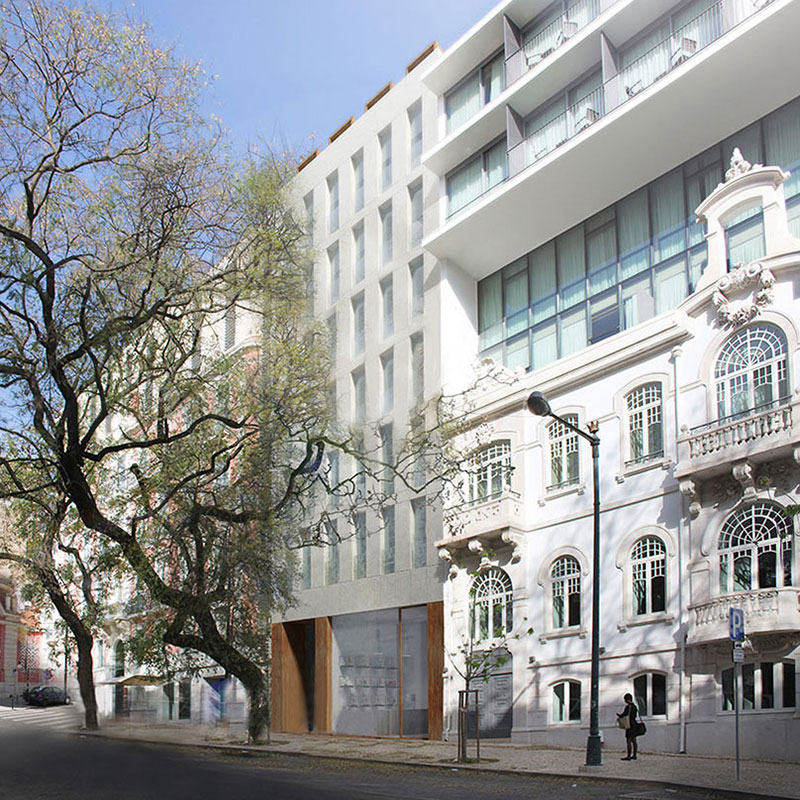 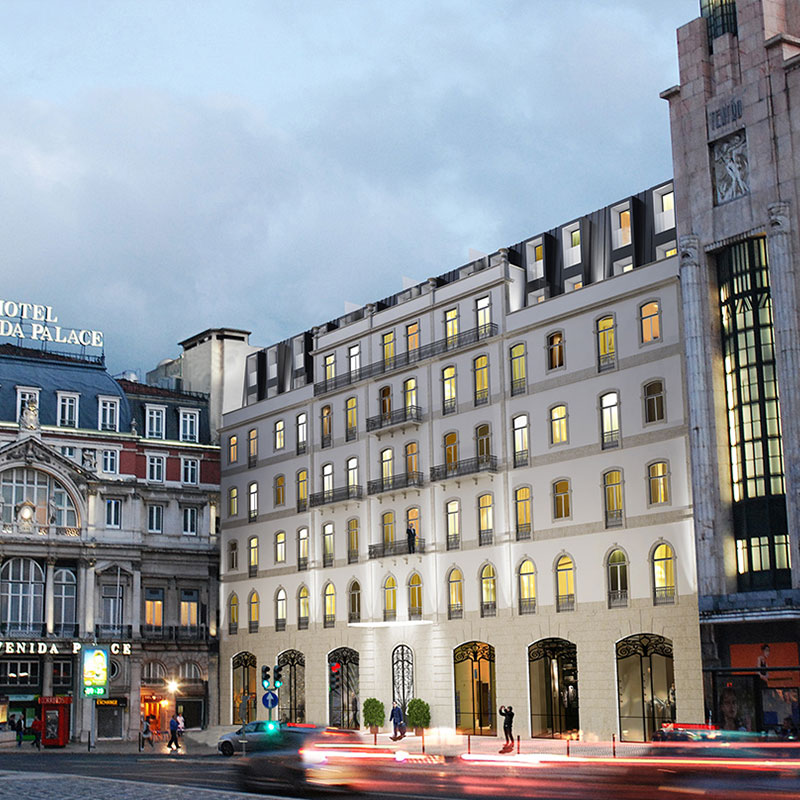 With over a century of history and completely renovated, The Boulevard – Lisbon Apartments combines the refinement of the past with the sophistication and comfort of the present.

An exclusive building in an imposing Lisbon location

In Lisbon’s most upmarket, historic and touristic center, stands a building on eighteenth century foundations that used to be a bank’s vault. Today it is reborn completely renovated with 28 unique apartments that afford all manner of comforts for modern times. 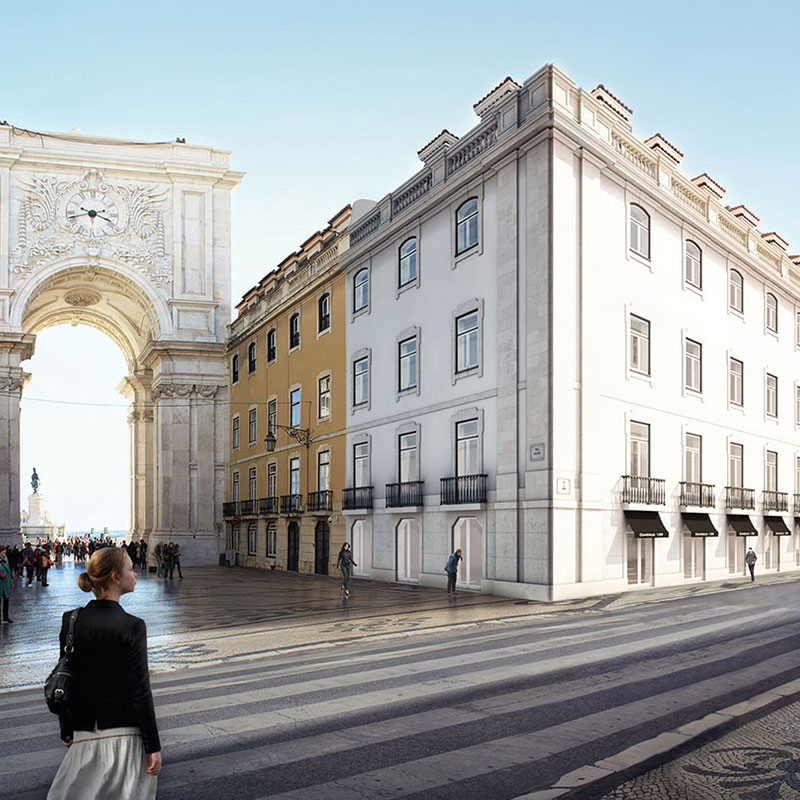 A distinctive address in a unique place

In the heart of Chiado, Orpheu XI is a typically Pombaline building, where a painstaking renovation has valued and preserved the historic façade and diverse details in its interior. 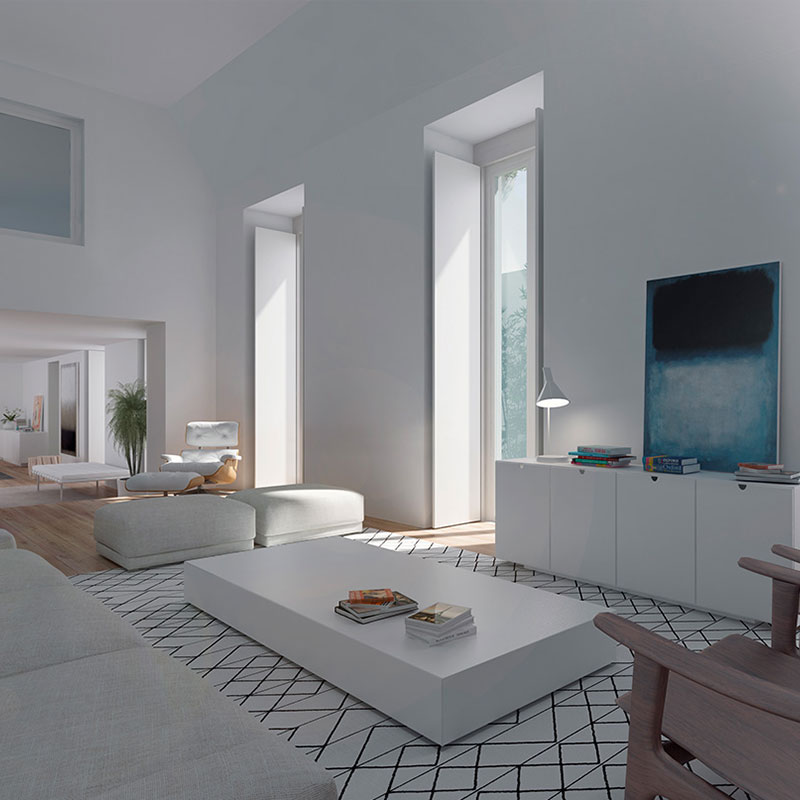 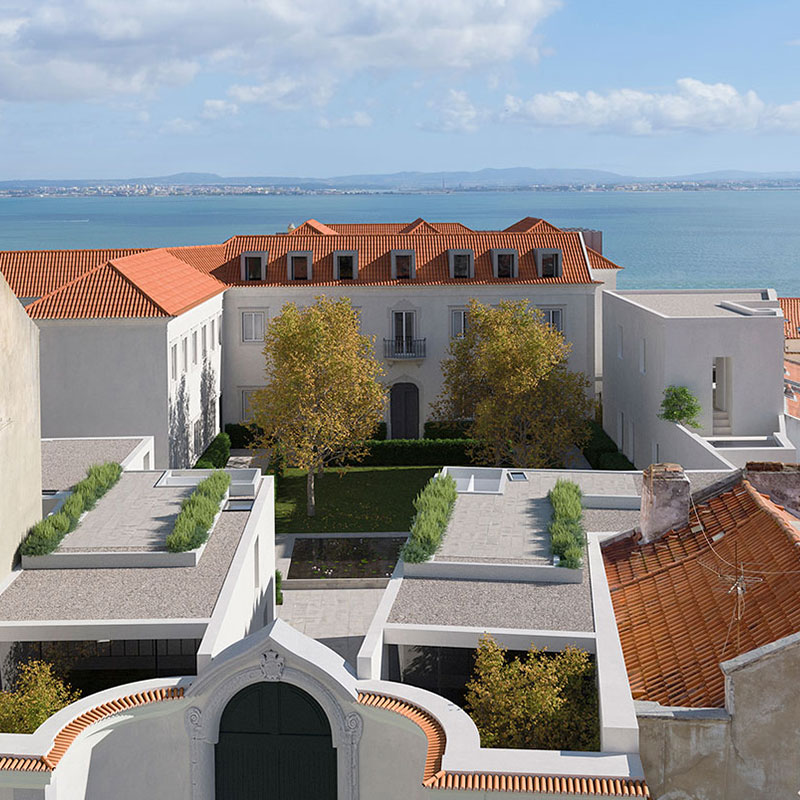 Contemporary style and timeless beauty in a centennial palace

Located inside the Fernandinha wall, in Alfama, in an elevated position overlooking the São Miguel river and valley, the Santa Helena Palace is being renovated to house 20 unique apartments. 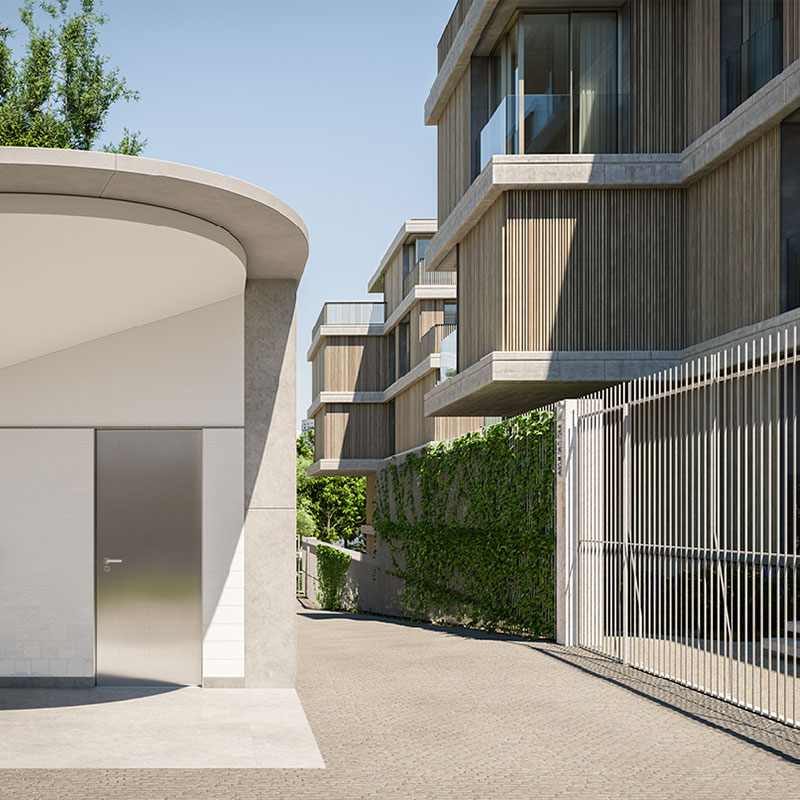 A development that restores 5 buildings in a traditional Lisbon neighborhood

Jardim da Glória is one of the most recent contributions to urban renewal in Lisbon’s historic areas. Located in Graça, it will renovate 5 buildings that house 40 apartments and a villa, where modernity recaptures the charm of this neighborhood’s typical traditions, built on the city’s highest hilltop. 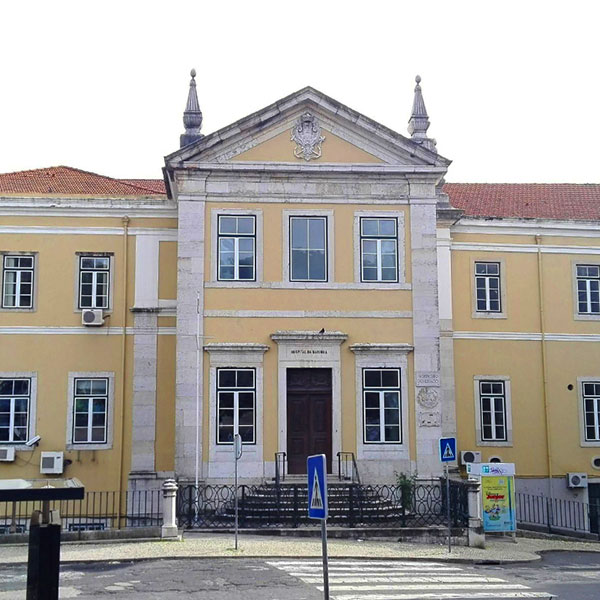 A hotel and housing project that renews 200 years of history

An eighteenth-century palace in one of Lisbon’s most traditional neighborhoods will be transformed into a hotel, housing and commercial development. Santa Clara will feature a total of 100 apartments, measuring between 40 and 300 m², an extensive, 100% permeable garden, swimming pool and lounge area.

Modern offices in the finest location of the Portuguese capital

In Marquês de Pombal and its vicinity there are three buildings under renovation as offices. They offer modern and high-quality spaces in the heart of Lisbon 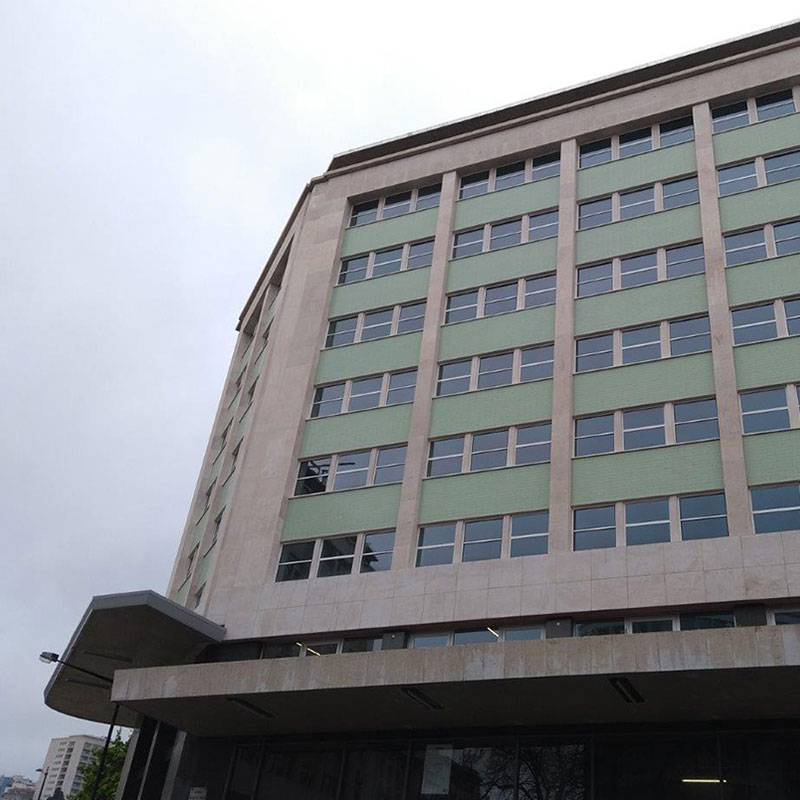